Missions work is the embodiment of the Great Commission – to carry the Good News to the entire world. You can learn more about missions work and test your own knowledge by taking our Missions Test below! Continue reading to learn specifics about our area of missions work.

Our calling is to people groups who do not yet have God’s Word as well as for evangelism of the lost. To achieve this goal, we must be able to share God’s Word to these people in the languages they speak.

A linguistic survey is the first step to a Bible translation project. Most languages have more than one variety or dialect. If, for example, a language has five dialects, finding the one that is accepted by the other four as “the best” or standard form will greatly help everyone in the language group accept and understand the Bible when it is completed. Choosing the wrong dialect for a translation can be disastrous.

Many other questions are investigated as well in such a survey. Warning: These reports are technical reports designed mainly for peer review among other linguists. They are not designed for your casual enjoyment. Nevertheless we are putting them out here in case you would like to see what work is involved.

Below are examples of surveys we have conducted in Zambia. 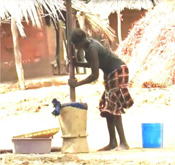 The Senga people may be one of the most urgent projects in Zambia. There are nearly 80,000 speakes of this langauge. They live in one of the remote corners of eastern Zambia along the borders of the North Luangwa National Park. Human-animal conflicts are common.

It was an adventure to try to reach the five Senga cheifdoms that we were able to visit. We gathered over 70 questionnaires of three different types. As we collected information people were excited about the possibility of the Bible being in their language. Some comments we heard from the people were, “Let Senga Bible be translated so that we can understand it well!”, “I will be better off to have a Senga Bible so that the understanding of the word of God will be well”, and “It will be very good to have the Bible in Senga”.

The Batwa are the descendants of the pygmies of Zambia. They live along the Kafue river basin where it floods, an area called the Kafue Flats. They are probably the least regarded people group in Zambia and there are probably less than 10,000 of them.

There is much pressure on them as many other groups have moved into the Kafue river basin to exploit the fish there and they are overrunning the Batwa population. There are no known Batwa pastors. We have started training one man to do translation work. He is a very key man to the whole project. Our goal is to have him do an adaptation from the Ila and Tonga languages (that are closely related) and produce a Gospel of Luke.

The Kunda people live in the eastern part of Zambia just south of the South Luangwa Park. They live in a difficult area to survive in where it is hot and the soil is poor. Recently the Kunda people were in the Zambian news as they were needing food relief.

It is hard to tell how many Kunda people there are but some estimates would be about 50,000 in their home area but with all the Diaspora, there is some 80,000 that speak the language.

A challenge for this project will be trying to not use the old form of the language that is still spoken in one of the six chiefdoms (Nsefu). The language is close to the Nsenga language and maybe an adaptation can be done that will help us get a Gospel of Luke done soon.

There is a possible good group of Kundas in Lusaka to support the work. In November 2013 we gave them the report and asked them to review to later discuss how/if the project may start.

This people group covers a large area around and north of the largest water falls in the world, Victoria Falls on the border between Zambia and Zimbabwe. The language is expected to be close to the Tonga language but our analysis of the Word List is not yet complete. The Toka-Leya people have said, “We don’t understand Tonga. We need our own translation!” It is possible that we could do a Gospel of Luke quickly, adapted from the Tonga language.

We are so thankful for God's grace over the last 32 years as we have served the Lord in missions. It is possible because of His faithfulness through the team of partners who desire to see the Good News of Jesus spread to the ends of the earth. Read more.

Our ministry depends on your prayerful and financial support. Please consider giving using one of the links below.

Get Involved!
→ Click Here to Make a Donation
If you prefer PayPal: